Yesterday someone asked me a question about the urgency to urinate after or as you are coming out of an episode of weakness or paralysis. The answer to this question is yes, this is a very common part of the process. This is due to the body retaining fluids during an episode.

This person also mentioned a problem with urine after an episode being dark brown and having an odd smell. Now this is not normal and the sign of a serious condition. In case others of you may have this happening I wanted to share my answer with you. 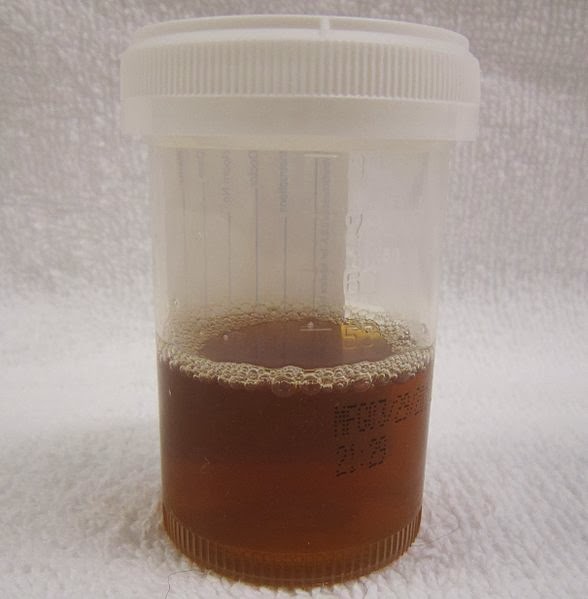 It is common for one to not have an urge to urinate until after the episode and when coming out of the weakness or paralysis. This is because the fluids in the body are elsewhere being retained during the episode.

I always have an urge to urinate quite badly but it is always difficult for me to move or walk so my husband must get me there by way of my wheelchair and help me onto the toilet. This is the most embarrassing thing for me, though we have been married for nearly 34 years.

The thing that concerns me is the color you mention. That is a sign of a serious condition called Rhabdomyolysis, or muscle wasting. Do you take statins? Statins are a main cause of this. If not then it is even more serious. You should have it checked out right away.

Those with the genetic mutations found in CACNA1S, forms of Hypokalemic Periodic Paralysis are more susceptible to it."
According to Wikipedia:

"Rhabdomyolysisis a condition in which damaged skeletal muscle tissue breaks down rapidly. Breakdown products of damaged muscle cells are released into the bloodstream; some of these, such as the protein myoglobin, are harmful to the kidneys and may lead to kidney failure. The severity of the symptoms, which may include muscle pains, vomiting and confusion, depends on the extent of muscle damage and whether kidney failure develops.

...Release of the components of muscle tissue into the bloodstream causes disturbances in electrolytes, which can lead to nausea, vomiting, confusion, coma or abnormal heart rate and rhythm. The urine may be dark, often described as "tea-colored", due to the presence of myoglobin. Damage to the kidneys may give rise to decreased or absent urine production, usually 12 to 24 hours after the initial muscle damage...

Until later...
Posted by Susan Q.Knittle-Hunter at 7:06 AM