My Story: How I Got My Diagnosis Of Periodic Paralysis

How I Got My Diagnosis Of Periodic Paralysis 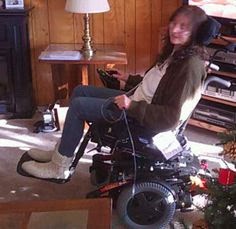 I am 74 years old and was diagnosed with an extremely rare, hereditary, debilitating, genetic disorder called Periodic Paralysis on February 7, 2011 at the age of 62. The form I have is a variant of Andersen-Tawil Syndrome (ATS). I was misdiagnosed for over 50 years. How could such a thing happen in today’s world with all of the modern medicine and technology? The following is my story, information about this cruel disease and how and why I control the symptoms.

I have had episodes of partial and total full-body paralysis for much of my life. Due to a series of misdiagnoses and mistreatment with improper medications, I have become totally and permanently disabled with weak muscles throughout my body including those involved with my vision, digestion, breathing and my heart. I must be on oxygen constantly and cannot exert myself in any way. I have had a heart loop monitor inserted in my chest to monitor the tachycardia and arrhythmia, which include life-threatening long QT interval heartbeats. I sit in a recliner for most of my day and can walk (with a walker) only from one room to another or stay on my feet only short periods of time to do simple tasks like brushing my teeth. I must use a motorized wheelchair if I leave home or need to go any distance. If I did not have the help of my husband, I would have to live in an assisted living program.

Through the past years of my physical decline, I have had to give up my career as a special education teacher, my hobbies to include hiking, walking, swimming, exercising, fishing, camping, traveling, shopping, cooking and baking. I had to sell, and move away from, a beautiful home in the mountains of Utah.  I can no longer drive. I have lost many friends, because I could not keep up with them or entertain any longer. I have lost contact with family members who did not understand or did not want to watch my decline or who thought I was a hypochondriac. I have lost the connection I once had with my grandchildren because I can no longer keep up with them or continue a meaningful relationship with them. The relationship with my husband has changed from husband and wife to caregiver and patient. Most of the over 30 doctors I had seen in those 6 years have treated me poorly and as if I were mentally ill.

I have spent several years working diligently to get a diagnosis and treatment for the ailment that cruelly stole the quality of my life. The most difficult part of this, for me, is knowing that I may not have became this seriously ill if just one of the over 30 doctors I have seen in the last 6 years in Oregon and the many years before, would have taken me seriously.

One Sunday morning after recovering from yet another full body paralytic episode, I searched once again on my computer for “periods of paralysis”. I was shocked and dismayed to read about a disease, which actually had all of the components many of my family members and I had been experiencing for so many years. Once I realized what I actually had, the struggle became even more difficult trying to convince my doctors. By this point, everything else had been ruled out, but no one wanted to diagnose me. I heard I was “too old” to have it. I was ignored. I was dismissed and told to go have a “good time” as long as I was in Portland, after driving 250 miles for the results of a muscle biopsy (The test did show myopathy (muscle disease), change in shape and size of muscle fiber but I was told it was normal). I was given lidocaine after telling my primary care physician (PCP) I could not have it during a mole biopsy. It caused an episode of paralysis but I was treated as if I were a naughty child behaving badly. I was left alone in the room in paralysis. I was in metabolic acidosis, twice in front of my PCP and sent home rather than to the hospital. My heart was in tachycardia and I could not breathe. After discovering that I was having long QT interval heartbeats on a Holter monitor (a marker for ATS), this was dismissed by my PCP, even after being told it meant I could go into cardiac arrest at any given moment. After two months, I had to request a referral to an electrocardiologist. The referral took two more weeks to get from my PCP and the insurance company.

During this time, I continued to decline as I had more and more severe total paralytic episodes. I had tachycardia and palpitations of my heart and I was having difficulty breathing. Sometimes my breathing would actually stop for a few seconds at a time. It felt like an elephant sitting on my chest. It was very frightening. Soon the difficulty of taking breaths in and out began to happen when I was not in paralysis. I found it more and more difficult to breathe. Every time I stood up, ate a meal or exerted myself in anyway, the breathing got worse and my heart would speed up until it was beating 130 to 140 beats per minute, even while I was eating.

My husband became so concerned with the lack of caring being displayed by my PCP and our insurance company, that he walked into a medical supply company and told them what was happening and asked if they could help me to get oxygen because I could not breathe. After speaking with him for a few minutes, the manager told my husband that she would give all of the information he had carried in with him, to one of the technicians and that they would see what they could do for us. She told my husband that they find it is best to get all the information together and then, “Hit them (doctors) between the eyes with the facts”.

They hooked me up with a recording oximeter. It was discovered that my oxygen saturation levels were dropping dangerously low during my episodes of paralysis and it was apparent that they were low every time I exerted myself in any way. The technician took the information to my PCP and she had no choice but to sign a referral for me to get oxygen. At that point, we began to look for another PCP and decided to change insurance companies to avoid the need for referrals.

A month or two before this point, I was in despair over trying to find a doctor who knew about Periodic Paralysis. Then on the evening news, I saw their weekly feature of offering direct calls to doctors with any medical question. I quickly picked up the phone. After a wait of only a few minutes, I was speaking with one of the physicians. I asked her if she had heard of PP or knew of any doctors who might know about it. As luck would have it, she herself had a patient with it. She gave me the name of the neurologist the patient sees.

I went to my PCP with this information and talked her into giving me yet another referral. The neurologist eventually diagnosed me with “probable” Periodic Paralysis. He wrote a letter telling my PCP that I needed to see an electrocardiologist right away. It was several months before I got the referral. He described my heart condition, by that point, as serious with no treatment, but insisted I needed to have a heart monitor implanted. He also set up a renal specialist to help diagnose what he believed was Andersen-Tawil Syndrome based on all the information being presented to him by my PCP, the neurologist and me. I did get the diagnosis while in the hospital for the implant after going into paralysis and being observed by the doctors. The paralytic episode was caused by a mistake. They gave me a saline drip and lidocaine during the procedure. My diagnosis was actually based on an accident.

Since my diagnosis eleven years ago, my husband and I have created and now manage the Periodic Paralysis Network. We are an organization with an online community of over 1,300 people who are affected by Periodic Paralysis. The Periodic Paralysis Network provides a hands-on approach to understanding the disease, getting a proper diagnosis, managing the symptoms, and assisting caregivers and family members. Our focus is on educational resources and self-reliance. Our approach to treatment focuses on the self-monitoring of vitals and the management of symptoms through all-natural methods. We continue to do research and provide the latest information to our members. Everyone is welcome. Members will receive encouragement, support, sympathy, empathy and validation. Members will also gain information and knowledge about all aspects of Periodic Paralysis. Members ask questions and share ideas. We are usually on in real-time, answering questions and providing support as needed for our members.

Posted by Susan Q.Knittle-Hunter at 11:46 AM