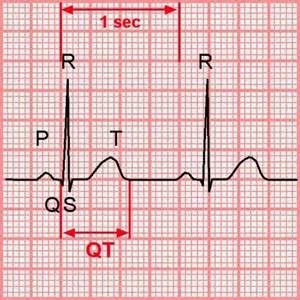 I have been diagnosed with the rarest form of Periodic Paralysis called  Andersen-Tawil Syndrome. I was first diagnosed based on my symptoms and characteristics. This is called a "clinical diagnosis."  I now have a genetic diagnosis (KCNJ5). Andersen-Tawil Syndrome (ATS), given a name in 1971 was the first ion channelopathy discovered. It is a very rare form of Periodic Paralysis, a mineral metabolic disorder. ATS is an autosomal dominant disorder, which means it is usually passed by one parent to the child. If someone is a carrier his or her children have a 50% chance of being born with it or as a carrier. ATS accounts for approximately 10% of all periodic paralysis cases. It is characterized by three particular components: periods of paralysis from high, low or normal potassium levels, distinctive craniofacial and skeletal characteristics and long QT interval heartbeat with a predisposition toward life-threatening ventricular arrhythmia. However, affected individuals may express only one or two of the three components and they may be very subtle.

Some of these components and symptoms were found in my mother, possibly through her father, and many of her descendants; specifically, two of her three sons and me, her only daughter. Many of her grandchildren and great-grandchildren also have varying degrees of the characteristics and symptoms.

Some of the manifestations of this condition are serious and life-threatening. Each family member of someone diagnosed with ATS should be well educated about this syndrome, in particular, regarding the episodes of paralysis (full body or partial), the heart complications, the strange effects of most medications and the serious complications of anesthesia.

An individual is born with Andersen-Tawil Syndrome and symptoms may begin in early childhood or not until later in life. Members of the same family can have varying degrees of it or some of the characteristics without actually having it.

During an attack, brought on by many triggers to include: carbohydrates, sugar, medications, exercise, heat, cold, periods of sitting too long, stress (good or bad), etc; potassium leaves the organs it belongs in and goes into the muscles where it does not belong and paralyzes the muscles (totally or partially). The depletion of the potassium in the other organs can cause symptoms such as irregular heartbeat, weakness, fainting, numbness, tingling, breathing issues, choking/swallowing problems, exercise intolerance, etc. After many years the body can become permanently weakened.

It is important to get a diagnosis for proper treatment to avoid the permanent disabilities. It is also important so one can avoid the triggers and hopefully control the episodes as much as possible. Most over-the-counter medications, as well as those prescribed by physicians, such as antibiotics and painkillers, can cause serious consequences.  Many medications can cause an opposite effect such as sleeping aids can keep you awake and agitated.

To better explain and describe ATS I am including the following information I have collected over my years of research for the "Characteristics of Andersen-Tawil Syndrome." There are more than the 5 or 6 we typically read. Several articles are sighted for this section due to the differences in symptoms in some of them. Some personal information has been added for clarity.

Several articles are sighted in the following section due to the differences in symptoms in some of them. Some personal information has been added for clarity.


Anderson-Tawil syndrome is a disorder that causes episodes of muscle weakness (periodic paralysis), changes in heart rhythm (arrhythmia), and developmental abnormalities. The most common changes affecting the heart are ventricular arrhythmia, which is a disruption in the rhythm of the heart's lower chambers, and long QT syndrome. Long QT syndrome, is a cardiac channelopathy, which causes the heart (cardiac) muscle to take longer than usual to recharge between beats. If untreated, the irregular heartbeats can lead to discomfort, fainting (syncope), or cardiac arrest.

At this time, there are two recognized types of Andersen-Tawil syndrome, Type 1 and Type 2, which are distinguished only by their genetic causes. Type 1 has a known genetic mutation (either one of two forms KCNJ2 and KCNJ5). The other, Type 2, though the symptoms and characteristics are exactly the same, has no known genetic mutation, which has been discovered yet.

Andersen-Tawil syndrome (referred to as ATS in this entry) is characterized by a triad of episodic flaccid muscle weakness (i.e., periodic paralysis), ventricular arrhythmias and prolonged QT interval, and anomalies such as low-set ears, ocular hypertelorism, small mandible, fifth-digit clinodactyly, syndactyly, short stature, and scoliosis. Affected individuals present in the first or second decade with either cardiac symptoms (palpitations and/or syncope) or weakness that occurs spontaneously following prolonged rest or following rest after exertion. Mild permanent weakness is common. Mild learning difficulties and a distinct neurocognitive phenotype (i.e., deficits in executive function and abstract reasoning) have been described.
www.ncbi.nlm.nih.gov/pubmed/20301441

Relates to difficulty in self regulation, organizing, integration, or high order reasoning skills.

"Executive Function disorder, is a disability of not being able to show what you know"

1. Initiating Action being able to organize one’s thoughts well enough to get started on a particular task without having to be asked multiple times.
2. Flexible Thinking involves learning to adapt by shifting one’s focus and pace as various situations unfold. Imagine how difficult it would be to drive your car if it wouldn’t turn and only went one speed. (About as difficult as parenting a child with only one speed and one direction!)
3. Sustaining Attention focusing long enough and accurately enough to learn important information. By extension, attention also involves the ability to block distraction. A well-orchestrated “executive brain” knows its priorities.
4. Organization is about managing space. It’s also about taking the emotional impact of chaos seriously. Why? Because chronic disorganization undermines forward momentum – a sense of accomplishment.
5. Planning is about managing time, and is more important than any other executive pillar when it comes to finishing things on schedule. A planning mind uses time as a tool to clarify priorities and enhance productivity; indispensable skills to 21st century success, beginning with school and, eventually, careers.
6. Working Memory is the ability to retain information long enough for it to be stored in long-term memory. Our society has a word for this process – learning. Of all the executive controls, working memory is the most pervasive, contributing to the smooth operation of every pillar. (Working memory is the rocket fuel of the modern mind.)
7. Self-Awareness pertains to having both sufficient self-knowledge and an ability to perceive how others see you. This information is essential to making purposeful choices about how to act in situations where one wants to avoid unintended consequences that lead to isolation or ostracism.
8. Regulating Emotions means expressing one’s feelings in proportion to the events that elicited them. When a child under or over-reacts, she is out-of-sync with people or particular events. Socially, people tend to ignore a silent recluse, and run away from an “erupting volcano.”
From his book: No Mind Left Behind: Understanding and Fostering Executive Control- The Eight Essential Brain Skills every Child Needs to Thrive, by Adam J. Cox, Ph.D. Psychologist
Executive Function Skills, by Sarah Ward, MS, CCC-SLP, February, 2007 SPED PAC Presentation

a.     Self monitor the ability to inhibit or delay responding, which permits impulse control resistance to distraction and delay of gratification)

b.      Metacognition (Learning how to learn)

a.      Integrate details into a bigger picture

b.     Organize and store information so it can be traced back and retrieved over time (Episodic Memory), (used for planning for the future)

· characteristic facies (characteristic appearance of the face in association with a disease or abnormality)
· brachydactyly (unusually short fingers)
· brachydactyly type D (clubbed thumbs) (characterized by a slightly shorter thumb that is round in section and larger at the end)
· clinodactyly (inward curvature/ 5th fingers);
· syndactyly (webbing between fingers or between 2nd and 3rd toes)
· small mandible (lower jaw in which the lower teeth reside and chin)
· hypoplasia of maxilla (small upper jaw)
· short palpebral fissures (short opening for the eyes between the eyelids)
· persistent primary dentition (still have some baby teeth)
· ocular hypertelorism (widely spaced eyes);
· scoliosis (curved spine)
· microcephaly (abnormal smallness of the head)
· delayed bone age (slowed degree of maturation of child's bones)
· joint laxity (looseness of the muscles and soft tissue surrounding a joint)
· broad nasal root (wide space between the inner corners of eyes)
· broad forehead (increased distance between the two sides of the forehead or top to bottom of forehead)
· malar hypoplasia (small cheekbones)
· micrognathia (short jaw);
· prognathism (protruding jaw)
· ptosis (an abnormally low position (drooping) of the upper eyelid)
· cleft palate (a congenital fissure in the roof of the mouth)
· high arched palate (roof of the mouth is high)


Drawings are used to depict terminology and to illustrate certain aspects of facial variation.
http://www.peds.ufl.edu/divisions/genetics/teaching/facial_dysmorphology.htm

In most of the textbook or journal articles, Andersen-Tawil Syndrome is described as being so rare that only 100 cases have been diagnosed worldwide. This is incorrect. In a part of France alone, over 90 cases exist. 100 cases of ATS is a gross underestimation. Far more cases exist in varying forms.

Until later...
Posted by Susan Q.Knittle-Hunter at 6:44 AM